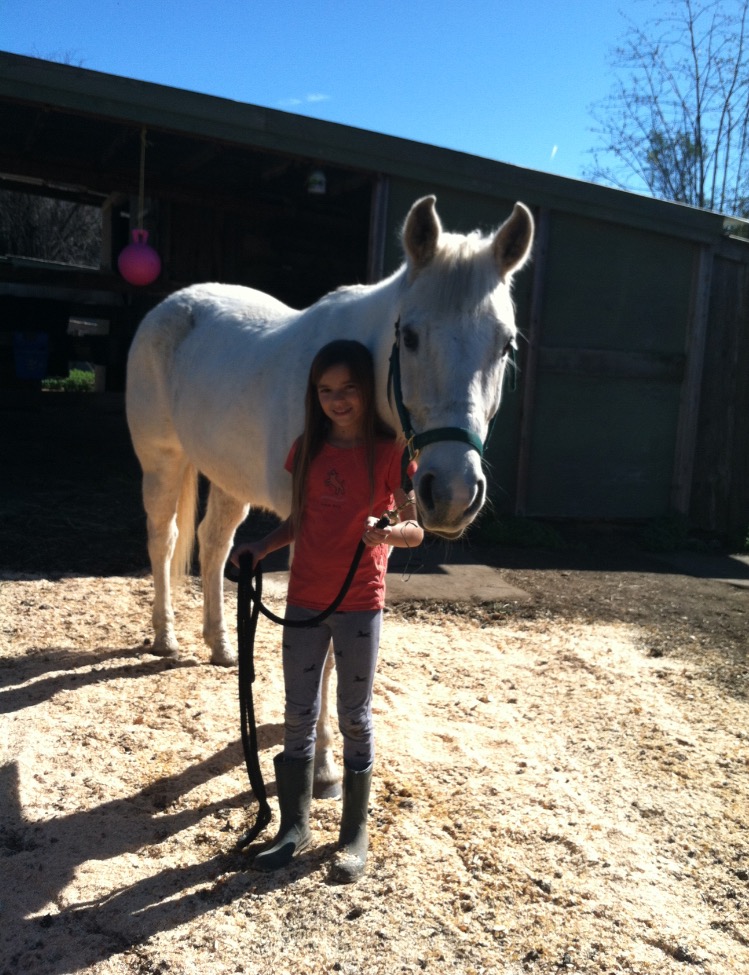 Last February my family started looking to buy a horse. We were using a website called DreamHorse.com and we found a picture of Oliver there. One picture was of Oliver dressed up as Thing 2 (from Dr. Seuss) and his rider was Thing 1, and the other was of him standing somewhere near his barn. We wanted to try him out, so everyone drove 3 hours to Placerville for my Mom, Marco, and I to ride him for a little bit each and to meet him. At first, we didn’t love riding him that much. My Mom, my horseback riding teacher, and I returned to see him again a couple weeks later. Then, we sort of moved on but, ever since my Dad saw Oliver, he (who normally hates horses) was trying to convince us to buy him. Soon after that, we brought him to Webb Ranch (that’s where we ride) to try him out for a week.  My family and I all fell in love with him and so we bought Oliver.

After a month, Oliver started to become naughty when we rode him! He wouldn’t turn or circle and he would leave the ring when he wasn’t supposed to. Later, we found out he was doing those things either because he didn’t want to work or he was nervous. We gave Oliver a week off and we also took away all of his sweet food including alfalfa hay and pellets. Then we worked for months training him to behave and not to be nervous. Now, he is being very good and we are finally jumping him without a big problem.

To me, Oliver is the highlight of 2016 because he is silly and fun to be around. Also, he has a strong personality and he will always love you even when he’ll get mad at you! 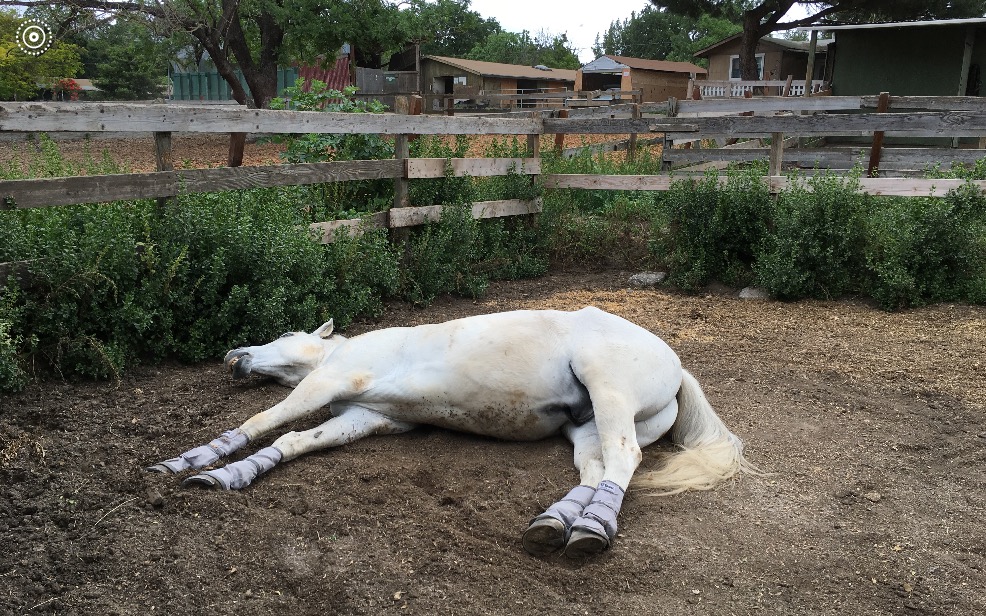 Trying to lay in the sun! But… There is none 🙁 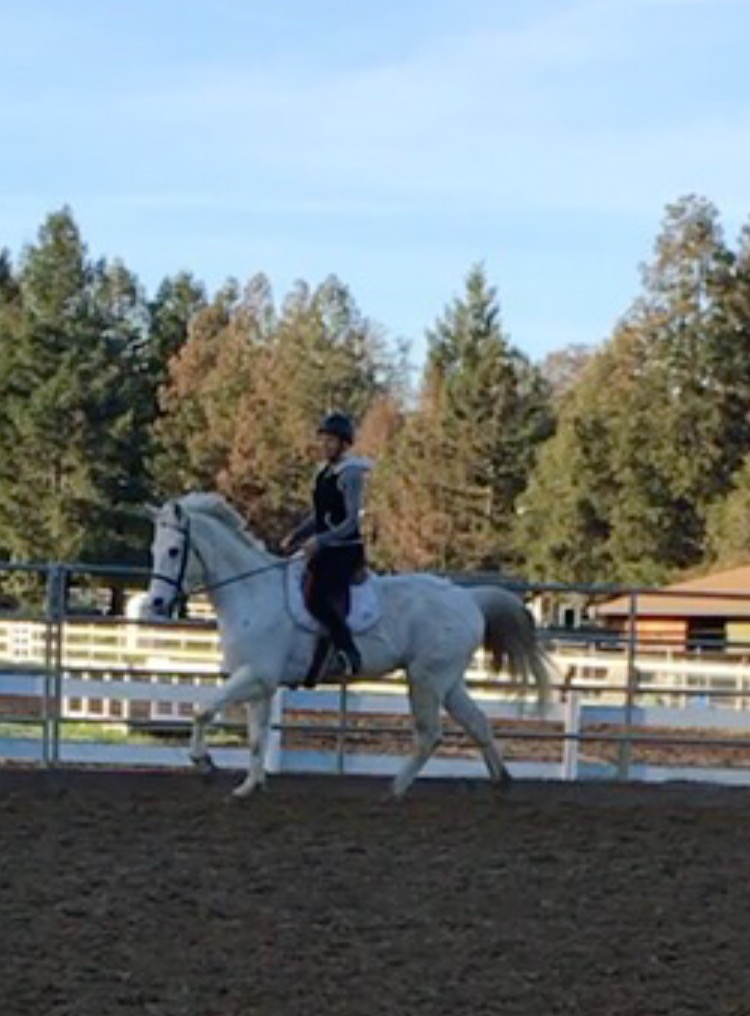 Going on a Ride with Mom 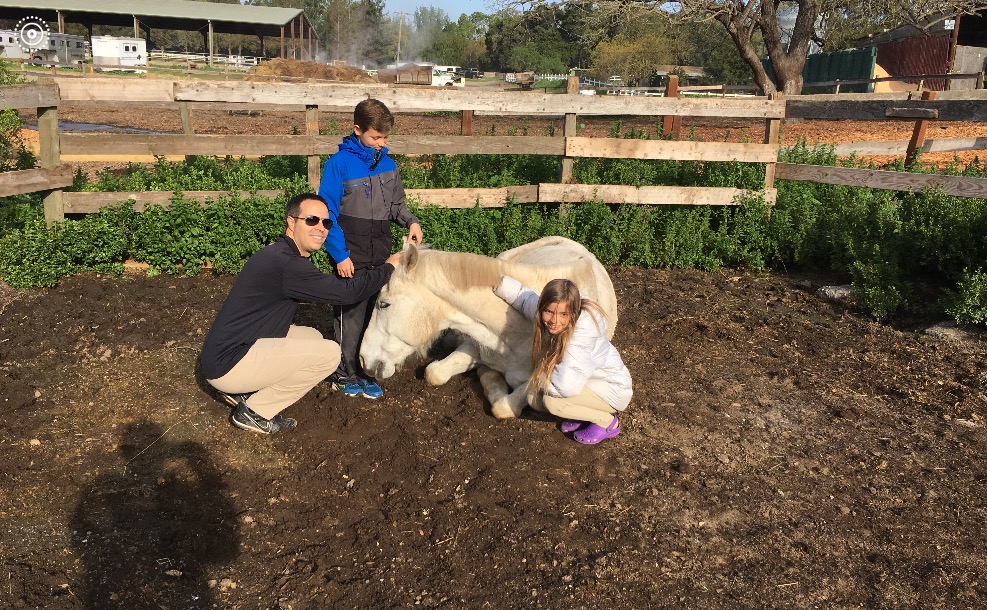 Time to wake up!! 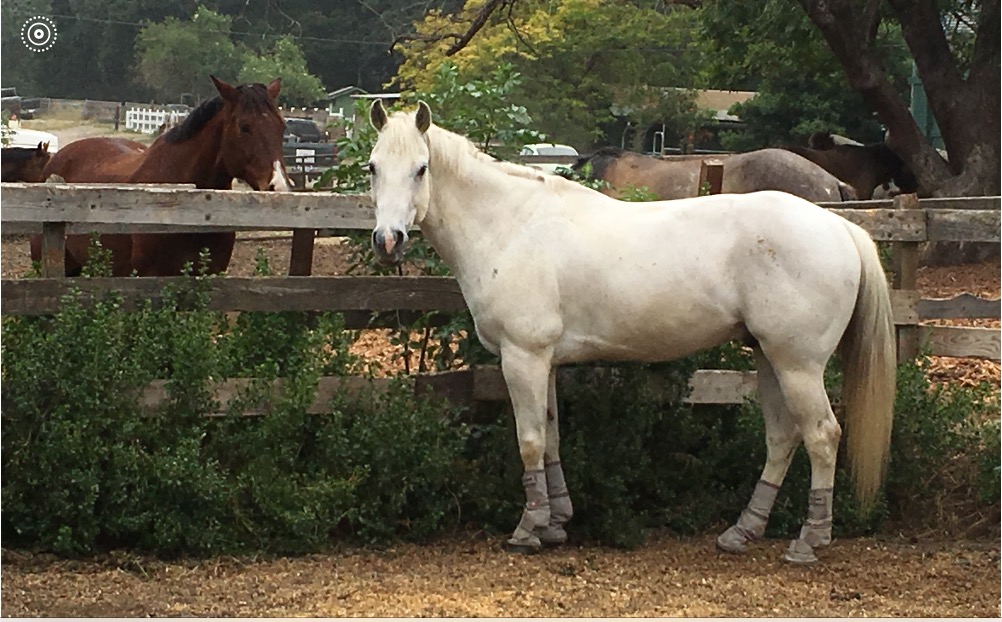 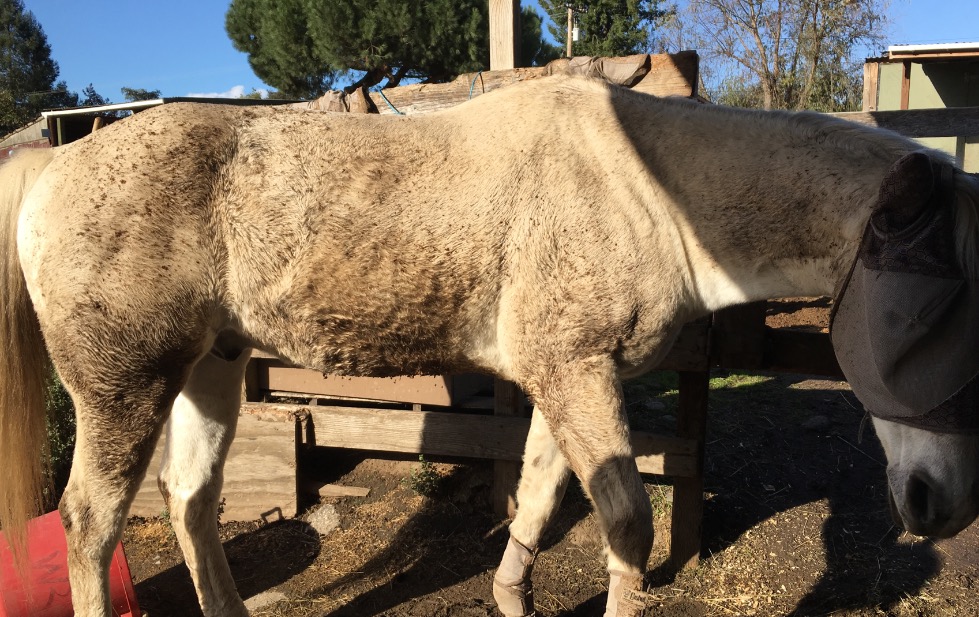 After a nap in the sun…