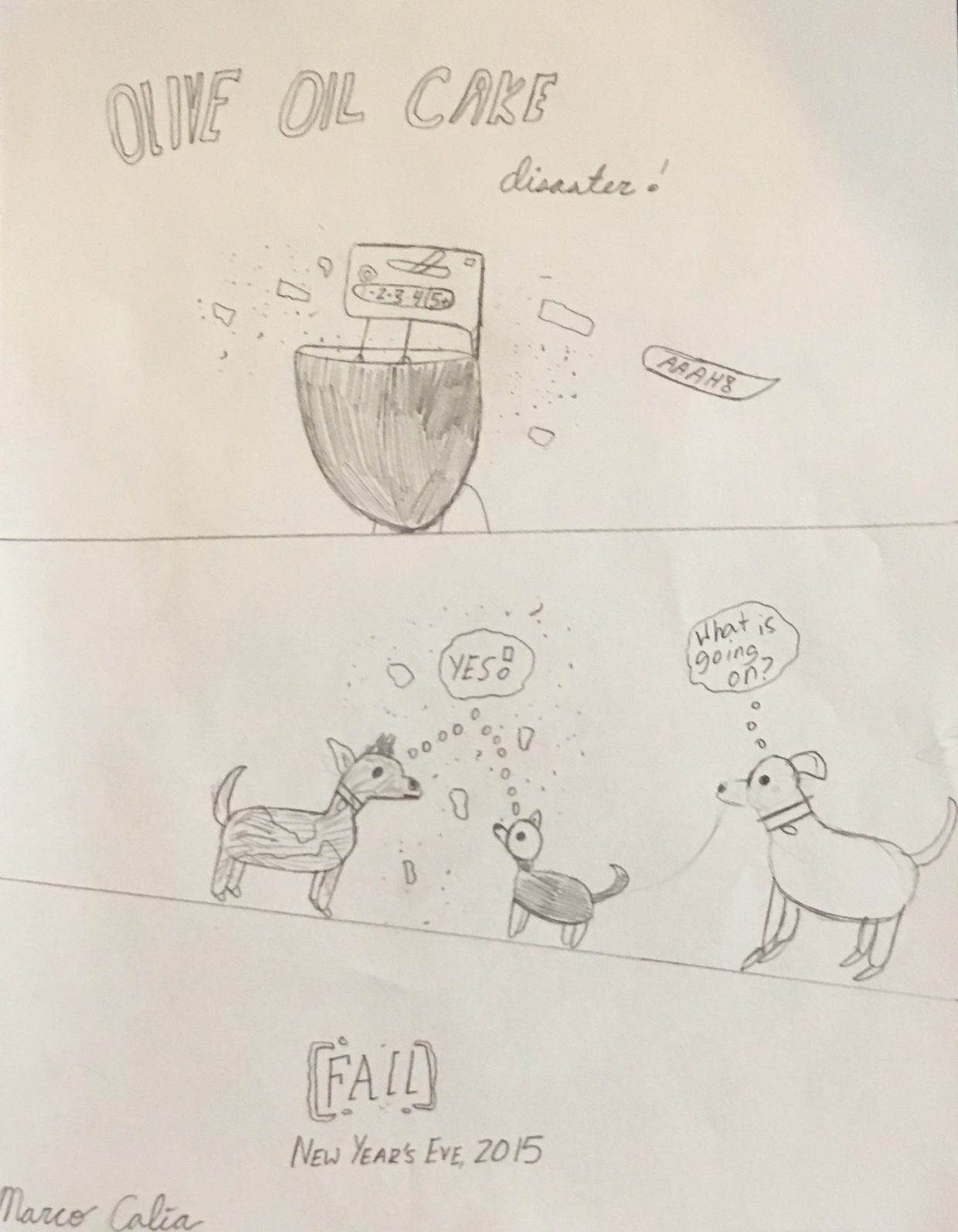 If You Can Read, You Can Cook? – An Episodic Narrative

Some people say if you can read, you can cook… But is that really true? In my opinion No. I can read and fail to cook lots of things. It’s more of a question of If you can read the recipe correctly you can cook well.

Below are some of the funniest baking and cooking failures I’ve ever encountered. Between flying butter and sugar, and lavender essential oil in meringue! When I experienced these  disasters they were and still are hilarious. Also, lots of people have had cooking disasters and it’s nice to know that you’re not alone in the kitchen!

On a sunny summer day, we had to go to a potluck. A potluck, with people we never had met before. A potluck, where you had to bring a snack or a dish. My Mom decided to make banana bread (the kind with chocolate chips).

What about the flour!

I snuck in and tasted the pudding like bread  (she almost could have called it “bread pudding” but it was even too mushy for that). Even though it tasted good, we ended up throwing the banana bread away and making a fruit salad instead. It was not a very impressive fruit salad but, it tasted good! Good enough for a potluck.

It all started when Marco (my brother) found a recipe for purple potato gnocchi. He had ordered it at restaurants before (and liked it) so, Marco thought he could make it himself. He was almost right (but more on that in a minute).

We got all the ingredients needed, and he started to cook. My Mom and I were surprised about how well it was going. At about this time Marco was making the dough. The dough was a misty gray-purple like color: it was perfect. When he dropped the dough into the food processor, there was a little bit of flying flour, but otherwise, it was working out the way it should.

Then, Marco made his big mistake…

He dropped the whole ball of purple potato gnocchi dough in the boiling water (with a splash)!

I started laughing, my Mom slapped her hand to her forehead, and Marco asked, “What?”

“You were supposed to cut up the gnocchi first, then put it in the water!” I laughed.

Then, we all started laughing including Marco, as he scooped the big half-cooked gnocchi ball out of the boiling water.

I was having a playdate with some of my friends, one sunny afternoon.

“What do you want to do?” I asked my friends.

“Could we bake something unique?” one of them queried.

“What about a meringue!” I exclaimed!

I kind-of knew how to make meringue but, I wasn’t positive about all the measurements. While I scooped the ingredients into a standard mixer, my friends chose lavender essential oil for the flavoring. At the time, we didn’t know it was essential oil because it said lavender oil in big letters and essential in very small letters (if we’d known that we wouldn’t have used it). So, not knowing it was for your body we put the lavender oil into the mixture. The meringue tasted pretty good, like lavender sweetness, fluffy in your mouth.

Later that day, while I was playing at one my friend’s houses, Marco texted me:

Hi Anna. Just letting you know that the lavender oil you put in your meringue was for your body. It shouldn’t kill you.

This cake was the biggest fail yet.

Marco wanted to bake something from a new cookbook he bought, and for some reason, he chose the orange olive oil cake.

Unlike the other stories, this one didn’t start off well…

Marco got 2 sticks of butter and a cup or so of sugar and dropped them into the standard mixer. Then he turned the mixer on high. (Marco, the dogs, and I were all in the kitchen at that point) The butter wasn’t soft enough and the mixer was going too fast so, in slow motion, the butter shards went flying through the air and was followed by a cloud of sugar, like a dessert tornado. We were all (including the dogs) looking up at the ingredients with wonder in our eyes, and then smack, the butter and sugar fell to the floor. The dogs started trying to eat it, and the mixer bowl was rolling around on the counter while the blade was still spinning! And worst of all, I ran out of the way from the food and mixer screaming (just a little bit). Then, Marco was afraid to turn off the mixer, so, we started yelling for our Mom who was upstairs reading. She came running down and started turning off the mixer while I was dealing with the dogs, and Marco stood at a distance away from the mess telling my Mom what was going on.

After we cleaned all that up, he tried again to make the olive oil cake the very same day.

This time the butter and sugar went smoothly and so did everything else, except for the oranges. He was supposed to zest the orange. Marco did that except, he also got the white bitter pith in with the zest. Later on that day, we all took a little piece of the cake and tried it.  When I bit into it, it was like a wall of bitterness and we could tell that he put the pith in. Even Marco didn’t really like the cake.

Well, in a nutshell, that’s what happened when he tried to make the orange olive oil cake.

Until he tried again…