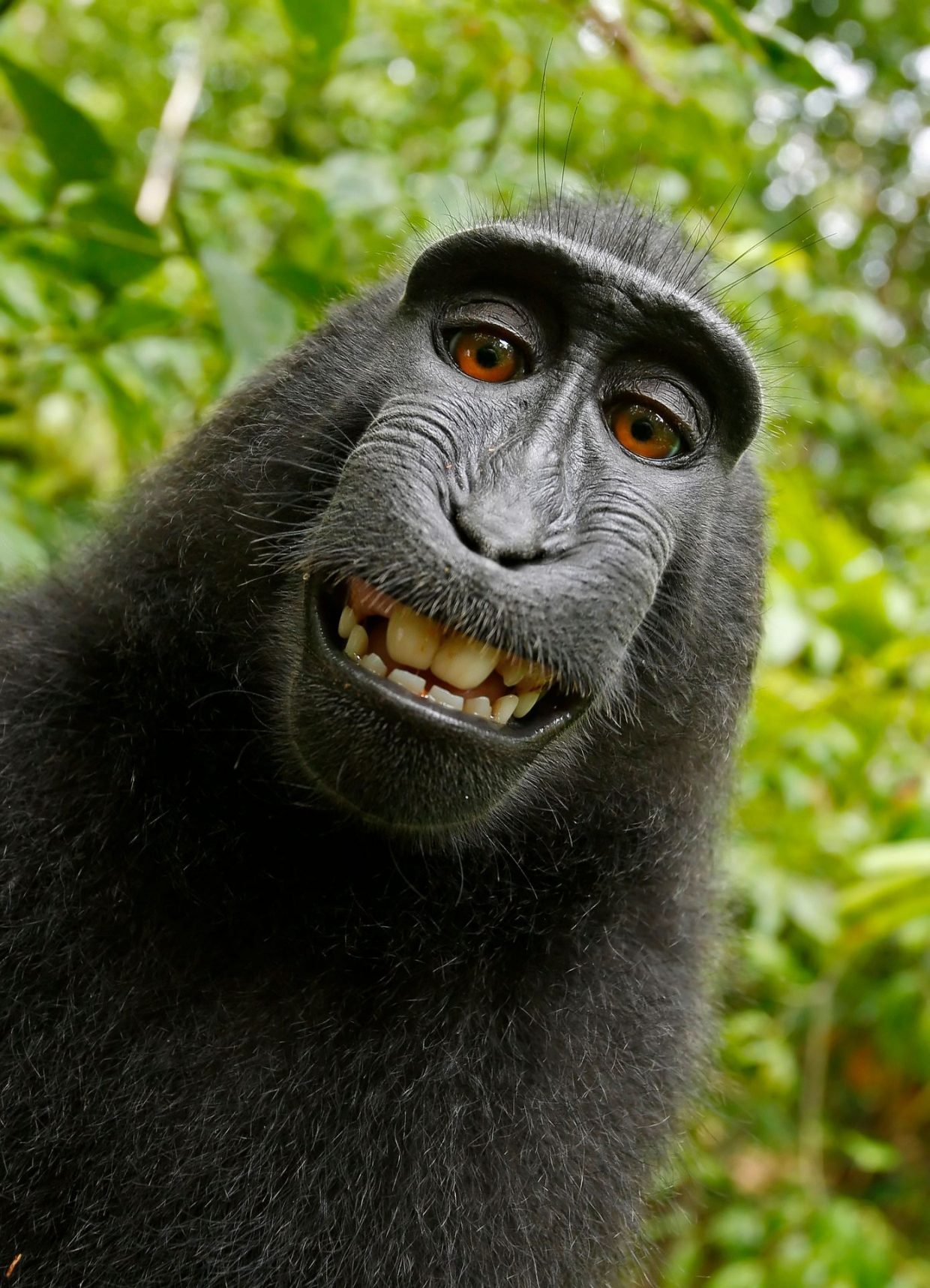 A crested macaque named Naruto took a selfie with a photographer’s camera. David Slater (the photographer) was on a trip in the Tangkoko Reserve on the Indonesian island of Sulawesi in 2011, when he set up his 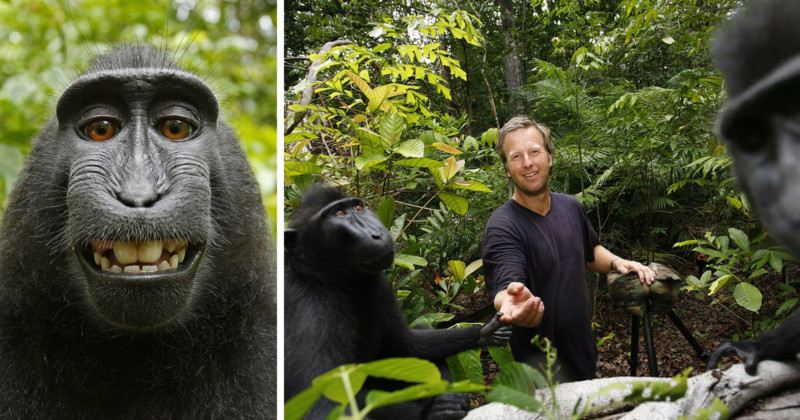 camera, and waited for the monkeys to get curious. That’s when Naruto took a few selfies, and became one of the most famous monkeys in the world. Since the selfie was so great, the photographer used that photo in his book Wildlife Personalities and online. Soon after Naruto became famous, PETA filed a lawsuit stating that Naruto had the rights to the photo because he physically pressed the shutter.

Judge William H. Orrick in the United States District Court in San Francisco ruled, “While Congress and the president can extend the protection of law to animals as well as humans, there is no indication that they did so in the copyright act.” That means that Naruto was denied the rights to the photo, because animals weren’t addressed in the copyright act 🙁

PETA appealed the decision, and just last September the photographer finally agreed to give 25% of the money he made from the photo to the Tangkoko Reserve on the Indonesian island of Sulawesi where Naruto lives. 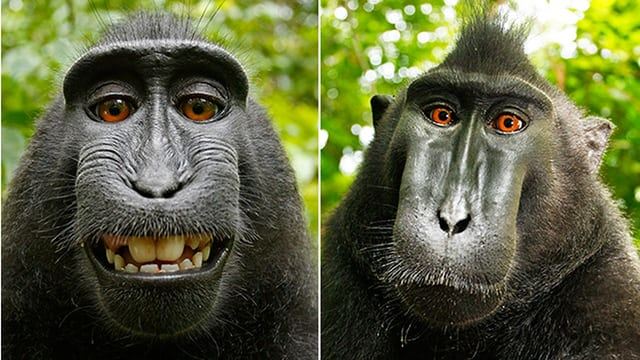 This case highlights the issue that animals should get similar rights to people. And, that we need to provide the same (or even more) protection for animals, as we do for humans. Animals like Naruto especially need protection because the crested macaques are under constant threat by poachers and considered critically endangered.

If your camera had these amazing selfies of Naruto on it, what would you do? Comment your answer down below!