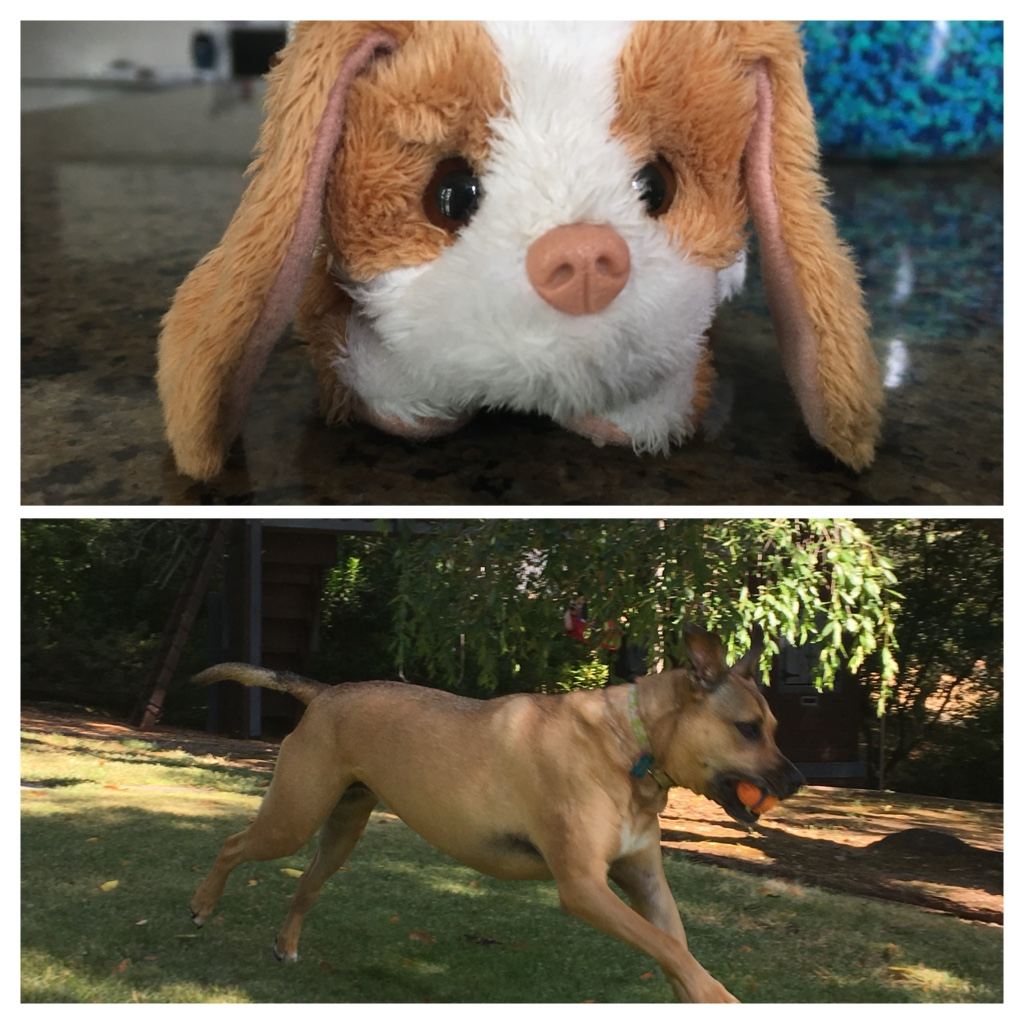 In the last post I found out that Daphne is showing displacement behaviors,  out-of-context behavior that dogs engage in when they’re typically faced with conflicts that they don’t want to deal with directly. One of my questions was, “How can I form an educated guess on the behavior Daphne is suppressing?”. One day my mom and I were discussing this, and thought back on what she used to do at the door. We realized that Daphne used to jump and paw at the door handle until we taught her not to. Ever since, she has been showing displacement behaviors; instead of jumping and pawing the door, she licks her lips, yawns, and lip-smacks.

I continued my research and found an interesting article published by All Dog’s Gym, the largest activity and training center for dogs in the Northeastern United States. The first thing I found was that there are two different kinds of displacement behaviors: self-directed behavior, which is something that a dog does to itself like lip licking; and re-directed behavior, which is when a dog does something external, for example gulping water.

This brought me to another research question, How can we change her emotional response toward her triggers?

All Dog’s Gym advises dog trainers not to reprimand a dog for normal behavior. If you do,even though it might seem VERY annoying, it can cause anxiety. But, if you create an alternate behavior outlet for the dog’s energy, it will help him/her become less or not anxious. This gave me an idea!

I decided to focus on distracting Daphne at the door. But, first I had to study her to find out what captures her attention.

Here is a list of what gets her attention:

Once I knew what got her attention, I tried to replicate it (in some way, shape, or form) at the door – as an alternate energy outlet.

The first thing I tried out was to call her and show Daphne a little mechanical  dog to get her attention.

THE DOOR – MY FINDINGS:

Daphne wanted to go outside in the middle of the day, like usual. She started licking her lips and rang the bell , so I came and started to distract her. As you saw in the video, Daphne stopped the licking, but she still paid attention to the door. Daph had her ears perked/alert and she was intent on the toy. This wasn’t the first time I used this specific distraction, so that’s why she didn’t totally stop and forget about the door. But, I’m really happy with this outcome because the point is to take away that anxiety about waiting to be let out, and that’s what happened!

Based on my observations, this is how I would  answer the research question:

Creating a distraction for a dog’s self directed displacement behavior helps the dog to not focus on how the situation might be stressful. But, I also learned that you have to change the distraction often, or else the dog will get bored of it. This is a great solution for now, but I can’t go by the door with a new toy multiple times a day when Daphne wants to go outside.

My next post will focus on a long term solution for making Daph less anxious at the door!