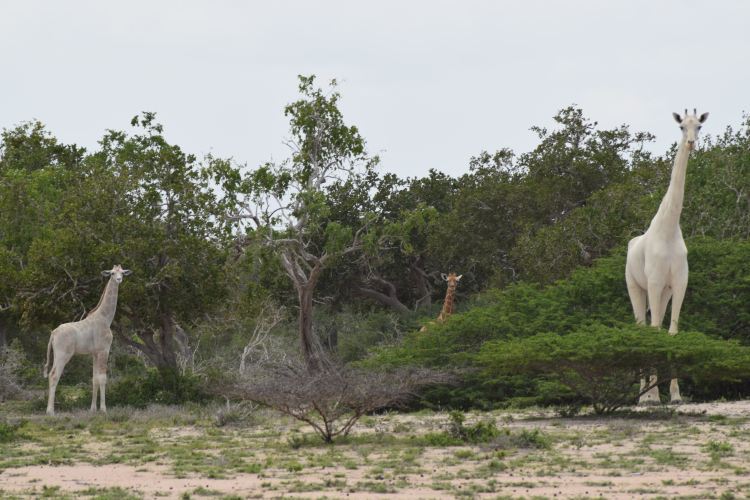 In the last post, I focused on Kenya’s recently implemented ban on single-use plastic bags in an effort to protect the wildlife. I wanted to stay with the topic of wildlife in Kenya for a moment to tell you about very special animals that were recently caught on video.

Have you ever heard of leucistic animals before? I didn’t until I read an article from the New York Times about a pure white giraffe and her baby that were caught on video for the first time. This article showed me a whole new world of information that I had no clue existed!

This white giraffe and her baby are the first giraffes with leucism to be caught on video. They were sighted in Kenya in late June and have been making headlines around the world! People have seen a few leucistic giraffes before, but never on video.

Leucism is a genetic condition that inhibits pigmentation in an animal’s skin cells. It’s different from albinism. Animals with albinism make no melanin throughout the body. But, animals with leucism can have darker pigment in their soft tissue and normal eye color. As a baby,  the animal is not completely white. Once they get older,  he/she becomes more white as their skin pigment fades with time.

Many other animals have leucism like moose, peacocks, and lions.  But, they are at a disadvantage because they can’t camouflage, absorb the UV rays, or stalk prey as well.  Leucistic animals rarely survive to adulthood 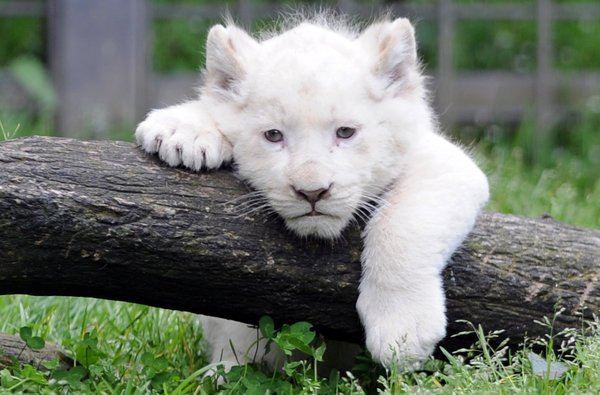 All around the world there are beliefs of magic or fortune in leucistic animals. Native Americans, and the Sioux Nation in particular believe, if you hunt an albino/leucistic animal, you’ll be cursed and lose your hunting or survival skills. In certain instances, they are thought to be magical and bring good luck,  such as rain in a time of drought and a bountiful crop harvest. But in others, they’re seen as an omen and a warning about natural disasters to come. 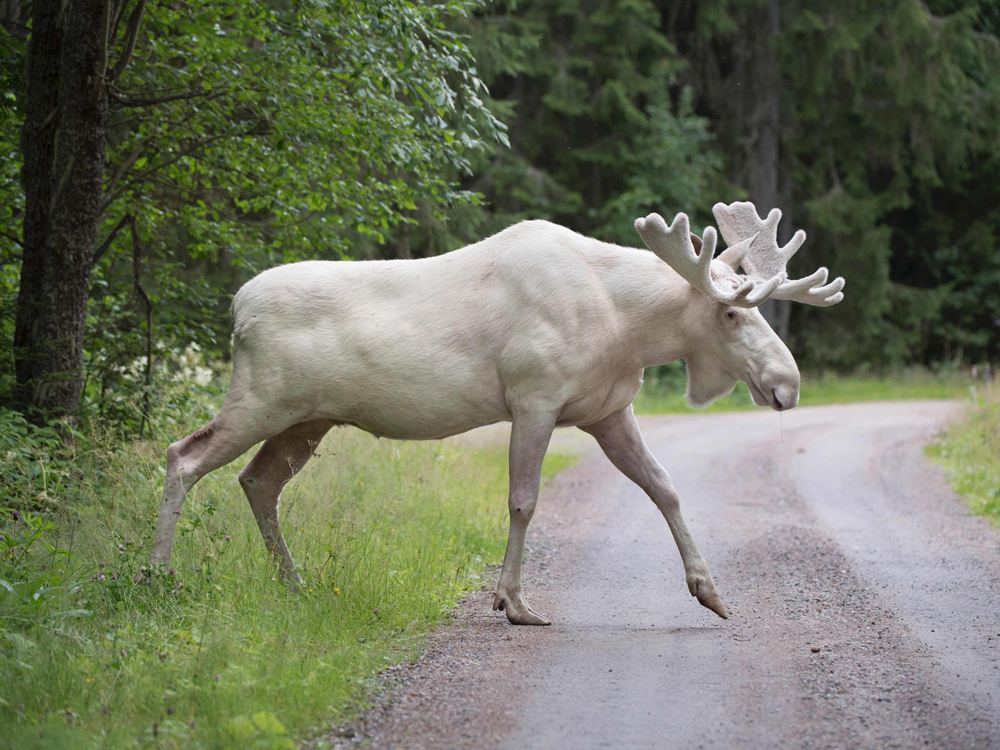 It’s really interesting what people believe in – whether it’s the meaning of leucistic animals or putting crosses in brussel sprouts. Whether or not these animals are here to tell us something, they sure are amazing to look at! 🙂

Have you ever seen an animal with leucism before? Post your sightings in the comments below!