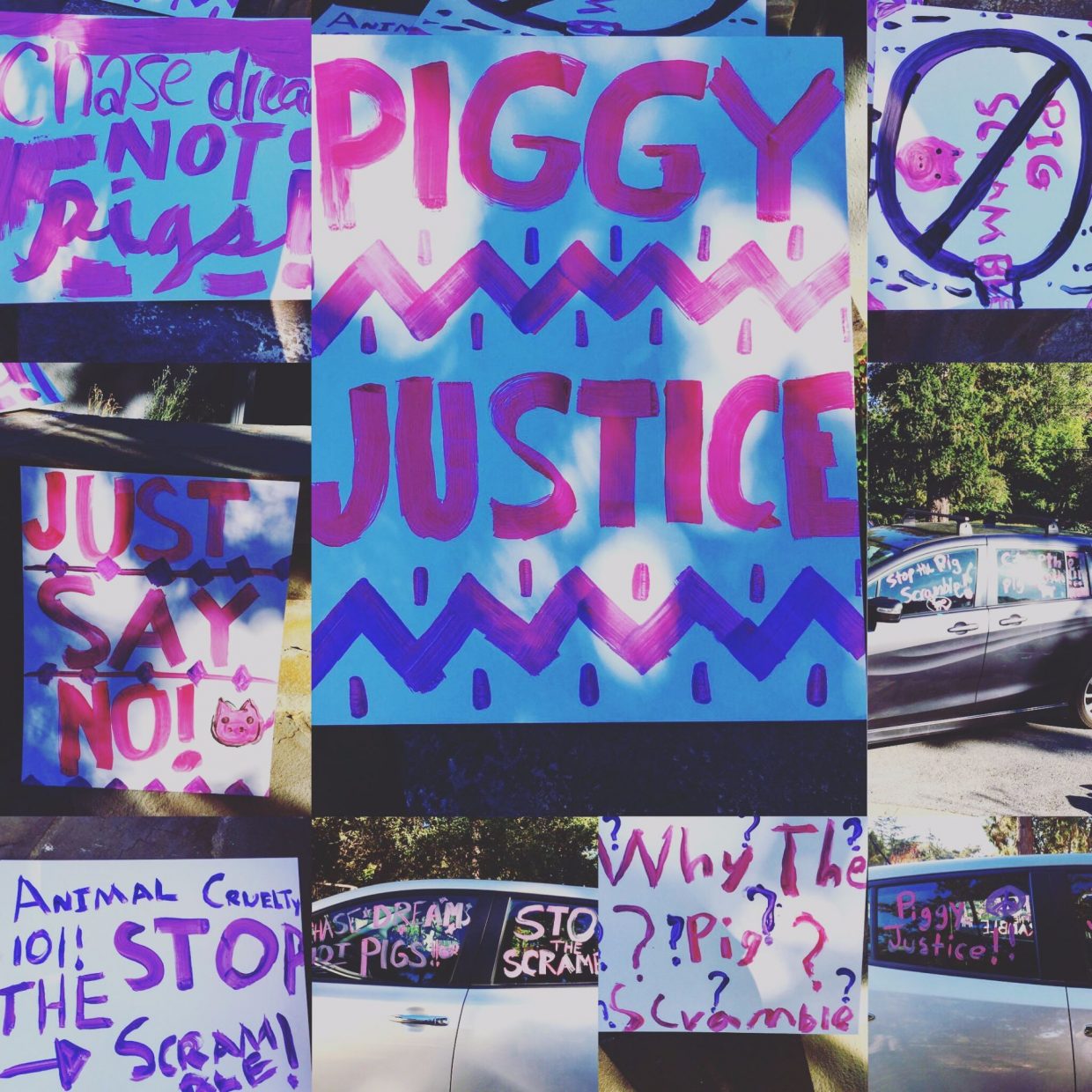 This 4th of July my cousins and I protested the pig scramble. It’s still going on, and it still hasn’t changed. This post is focuses on our preparation  for the protest, and the protest itself. 🙁 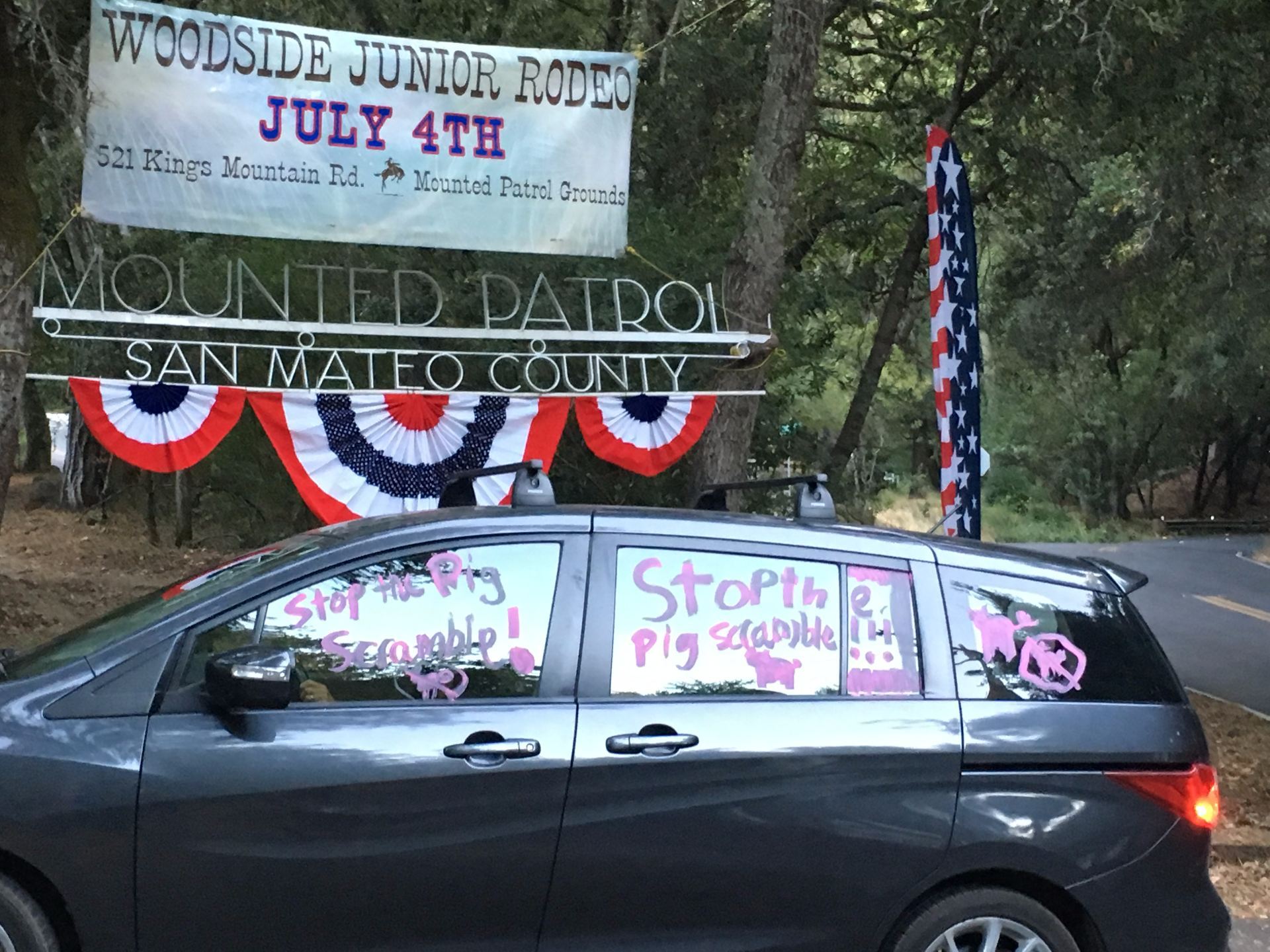 We wanted to get the word out to EVERYONE in San Mateo County, so we did the most logical thing we could think of…

We painted messages like: Stop the Scramble, Chase Dreams, Not Pigs, 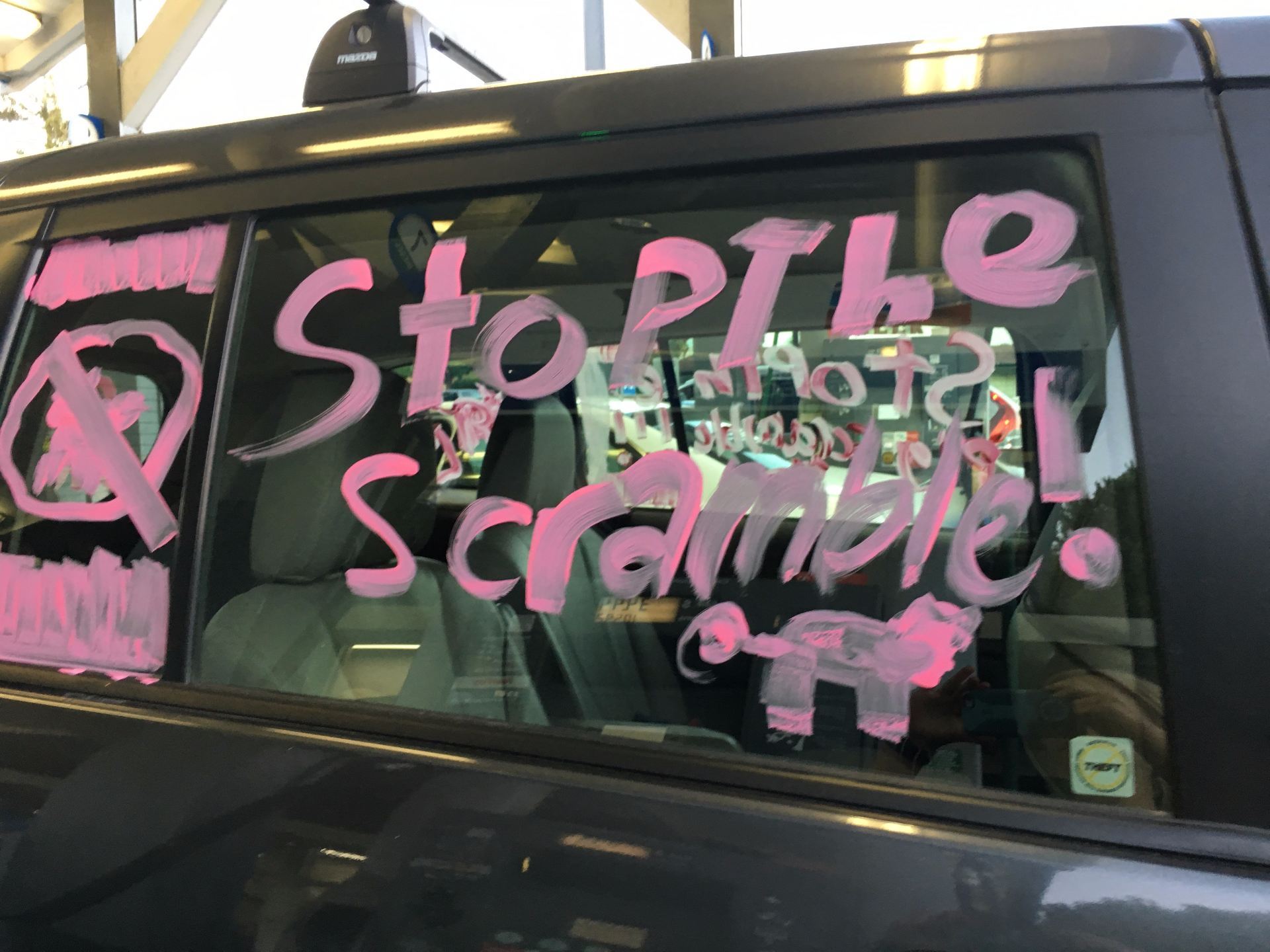 Piggy Justice, Just Say “NO”, and more on the car windows. We got reactions – some said, “The Pig Scramble is Great!” but others asked, “What do you mean by, ‘Chase Dreams, Not Pigs’?” We drove around in our pink painted car, protesting for piggy justice! 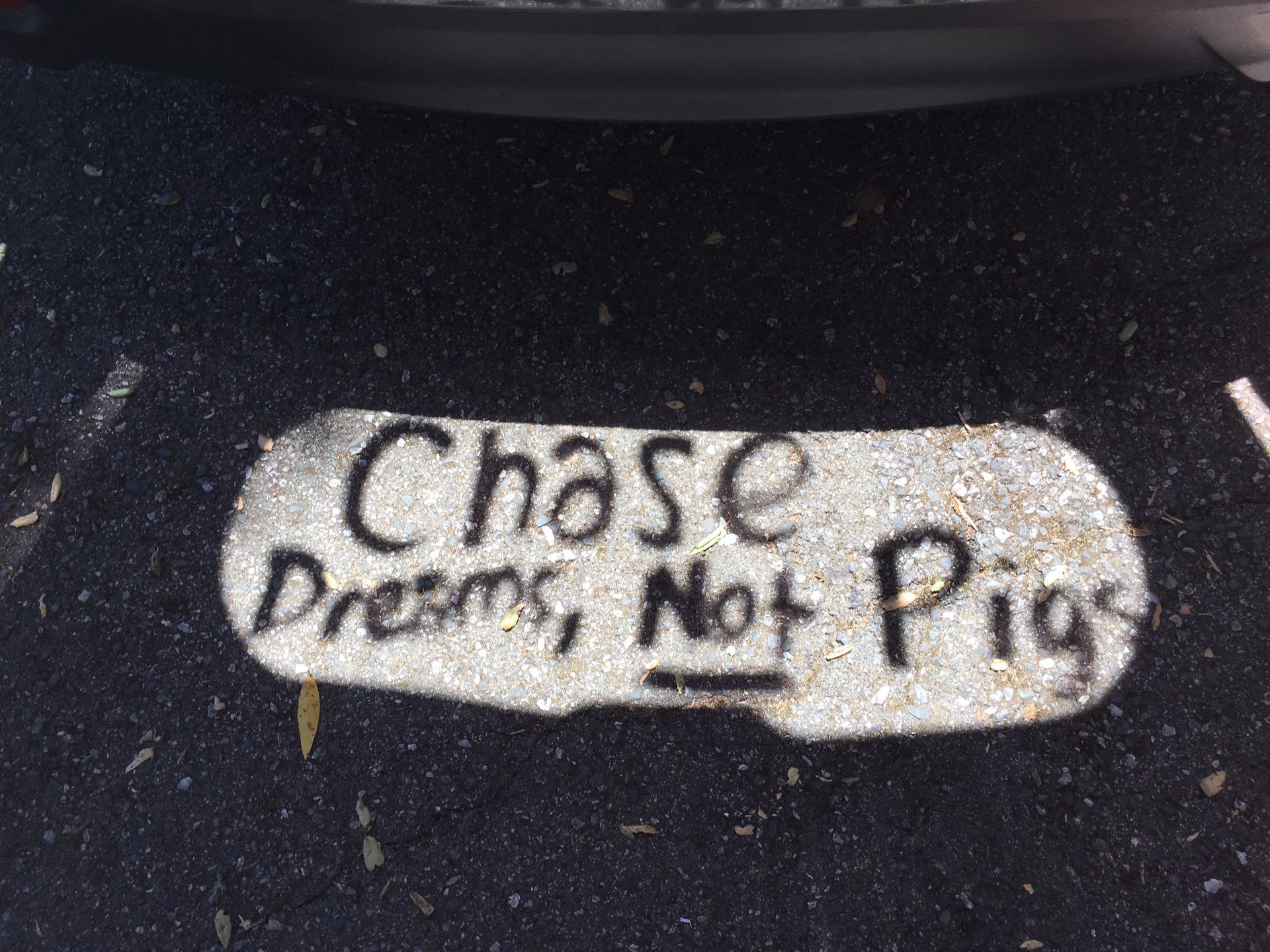 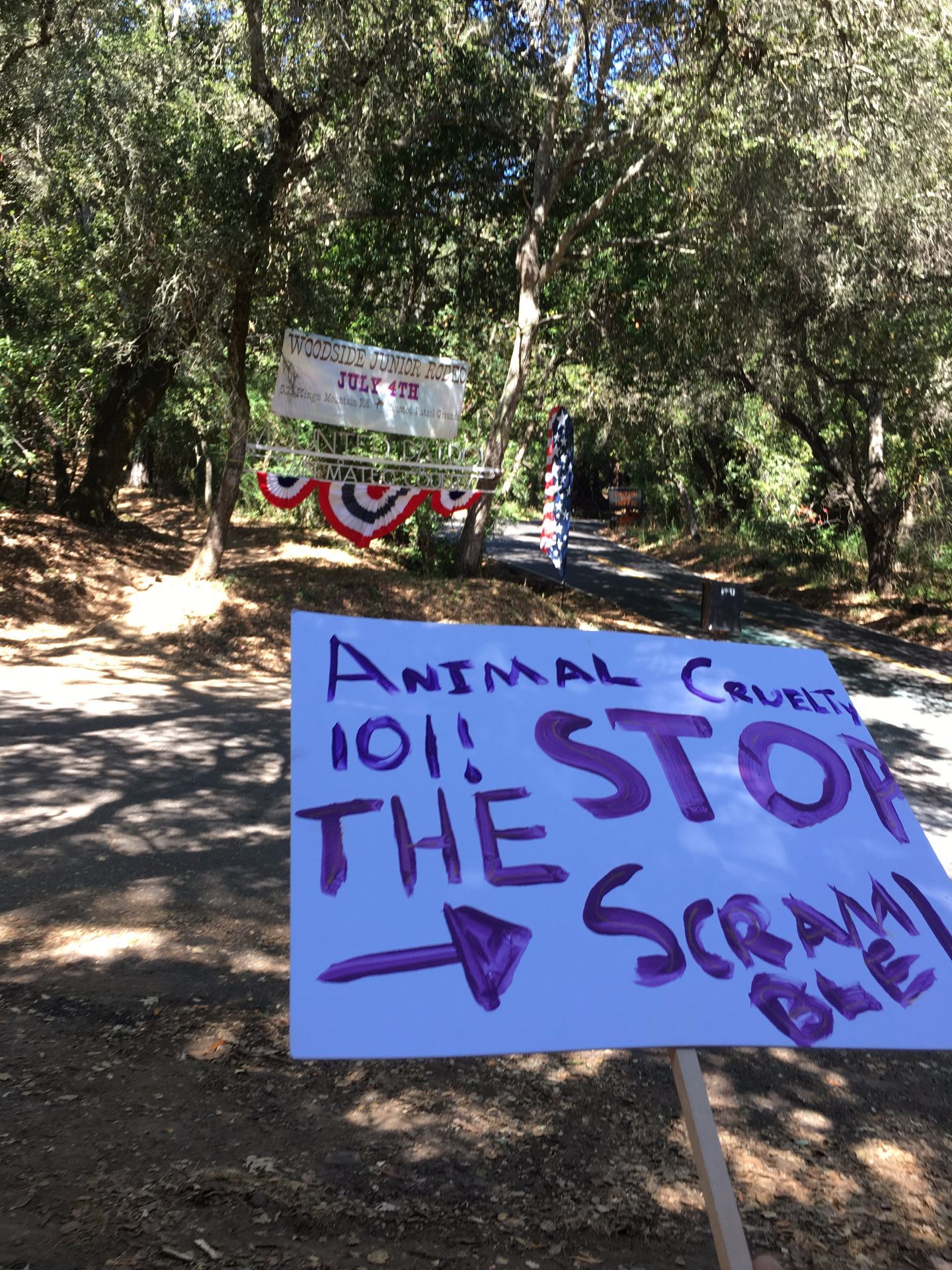 After my cousins and I painted the car, it was time for signs! We painted our messages in pig-colored paint (the leftovers from the cars) and drew pig faces all over the signs. My favorite sign said PIGGY JUSTICE in bright pink letters! 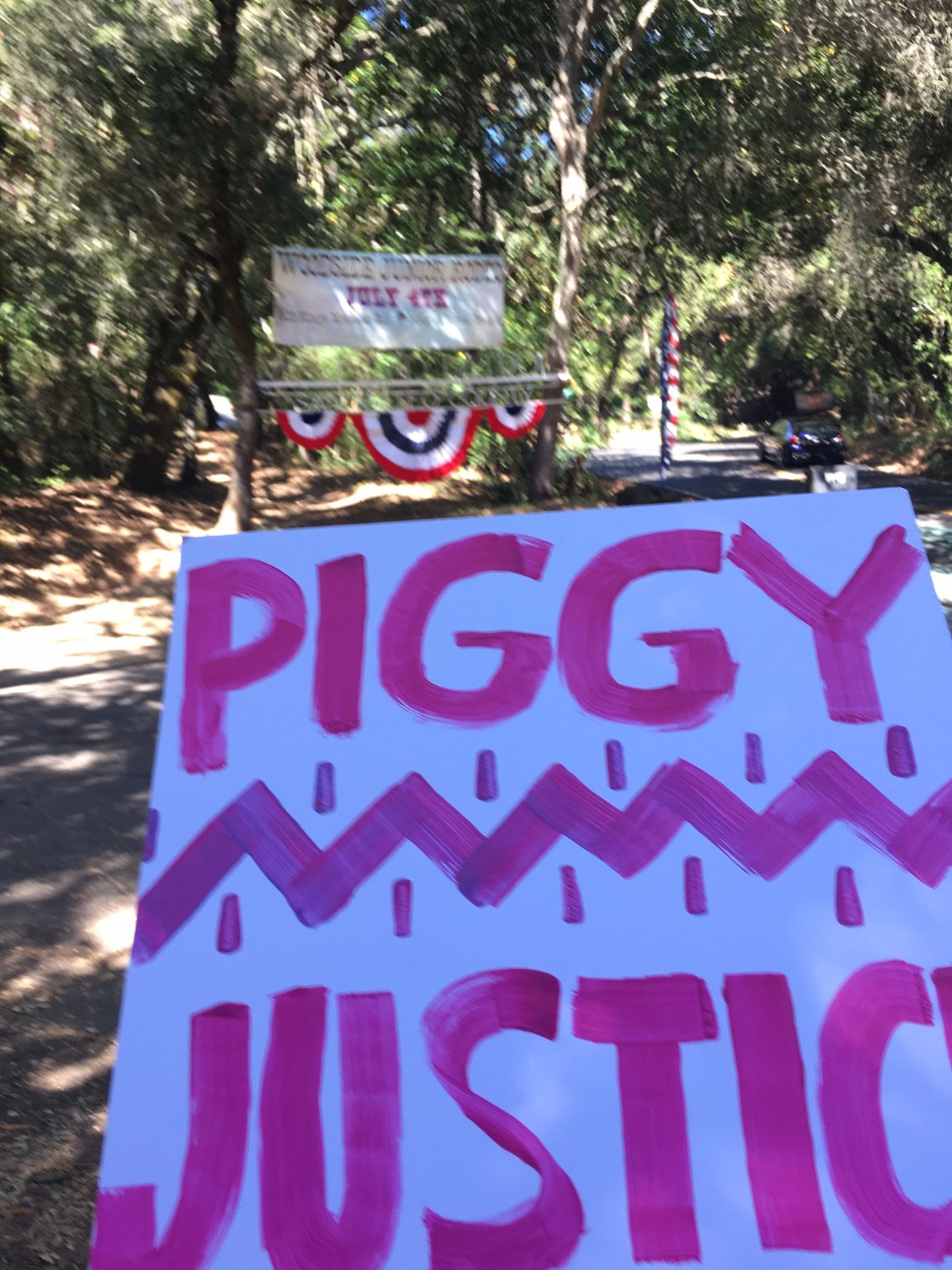 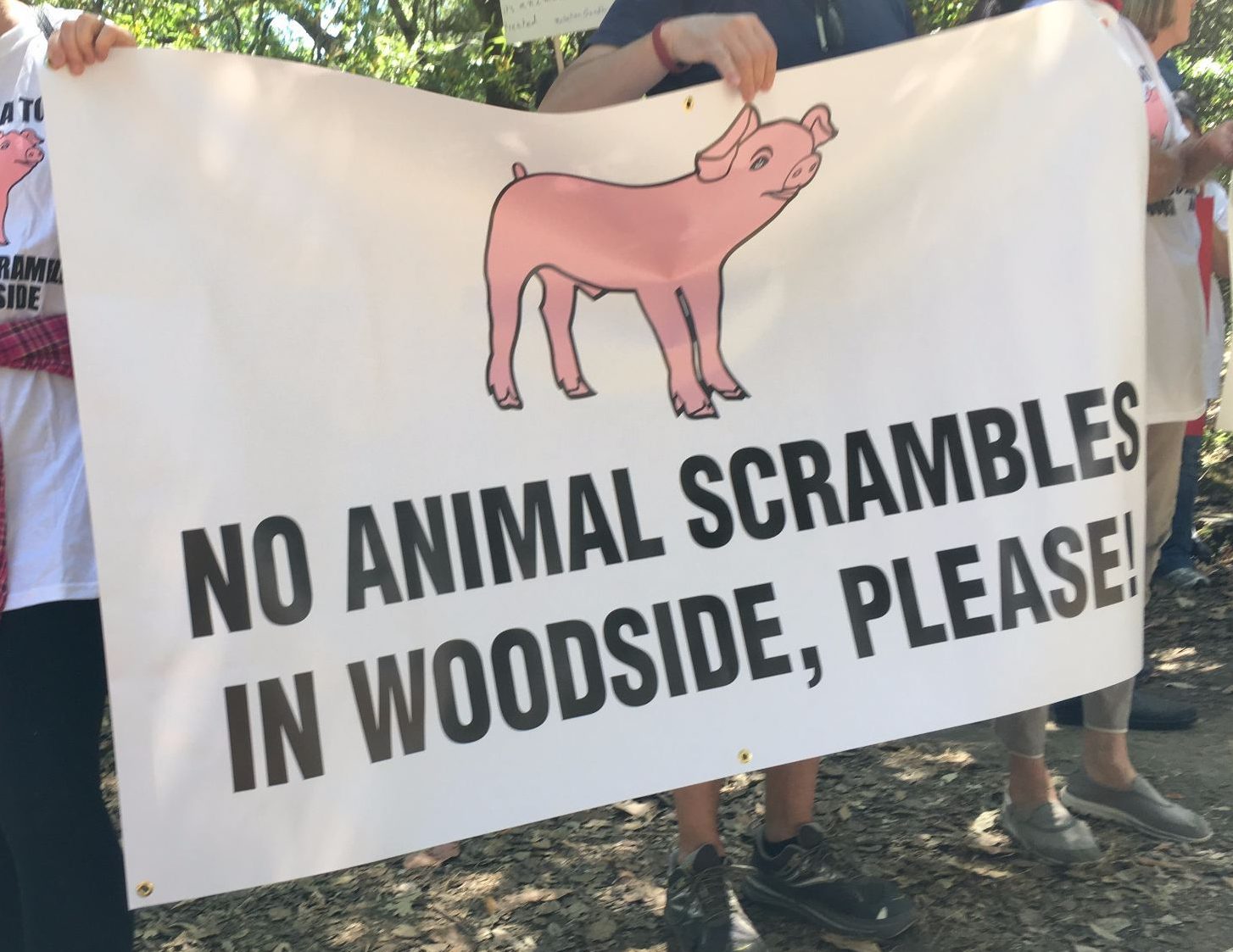 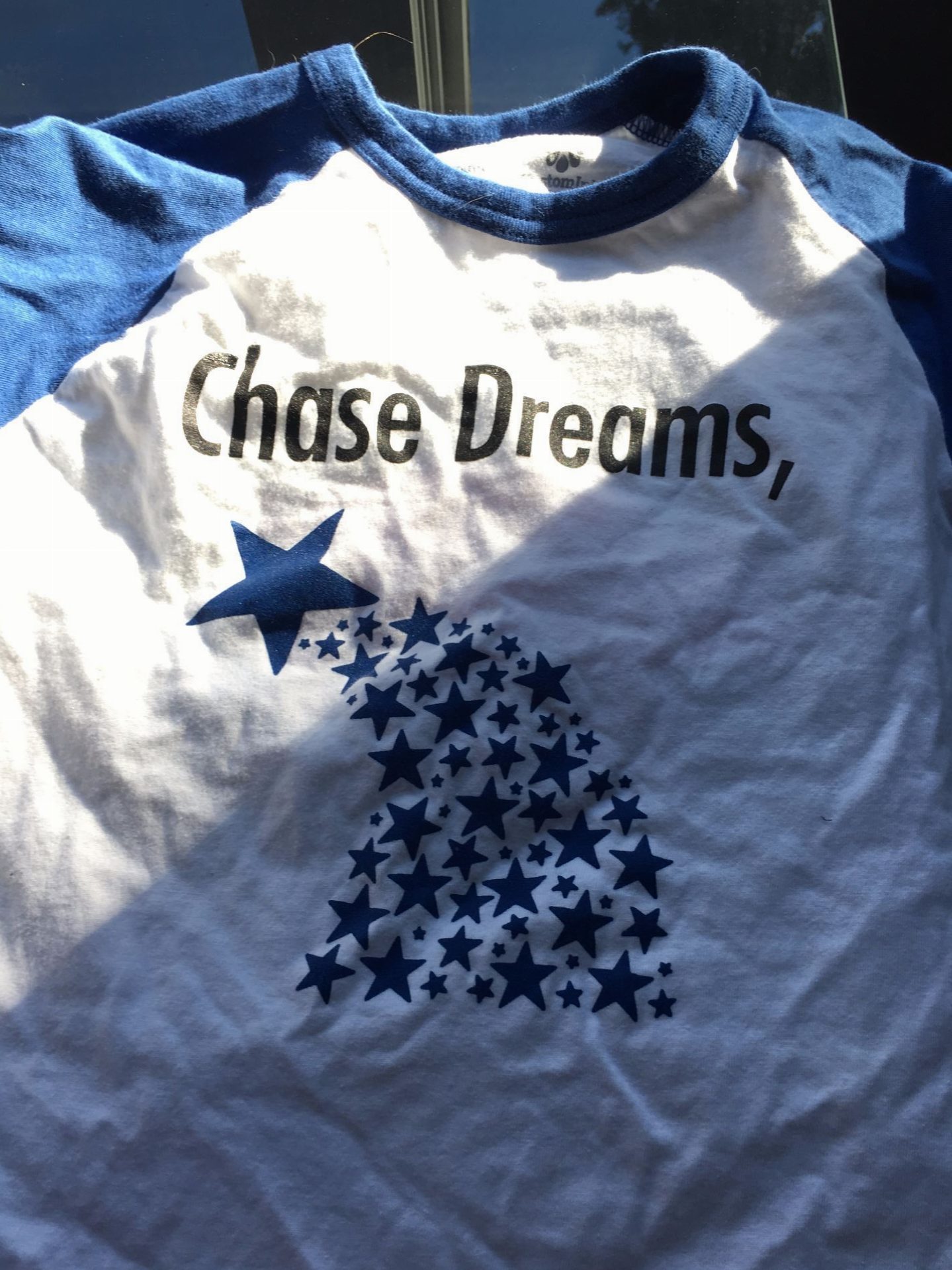 We drove up to the Woodside Jr. Rodeo in our painted car, wearing our “Chase Dreams, Not Pigs” shirts, topped off with pink hats with cut-out pig ears on top, and holding our signs! We had to stand 10 feet away from the Mounted Patrol’s property. Before we even got to the spot where we were supposed to stand, the smell hit us. I have no idea what the smell was but, it was 1,000 times worse than a dead animal. The suspicious thing was, that it only smelled where the protesters stood…

My cousins and I found a place to sit, and started chanting. At first it 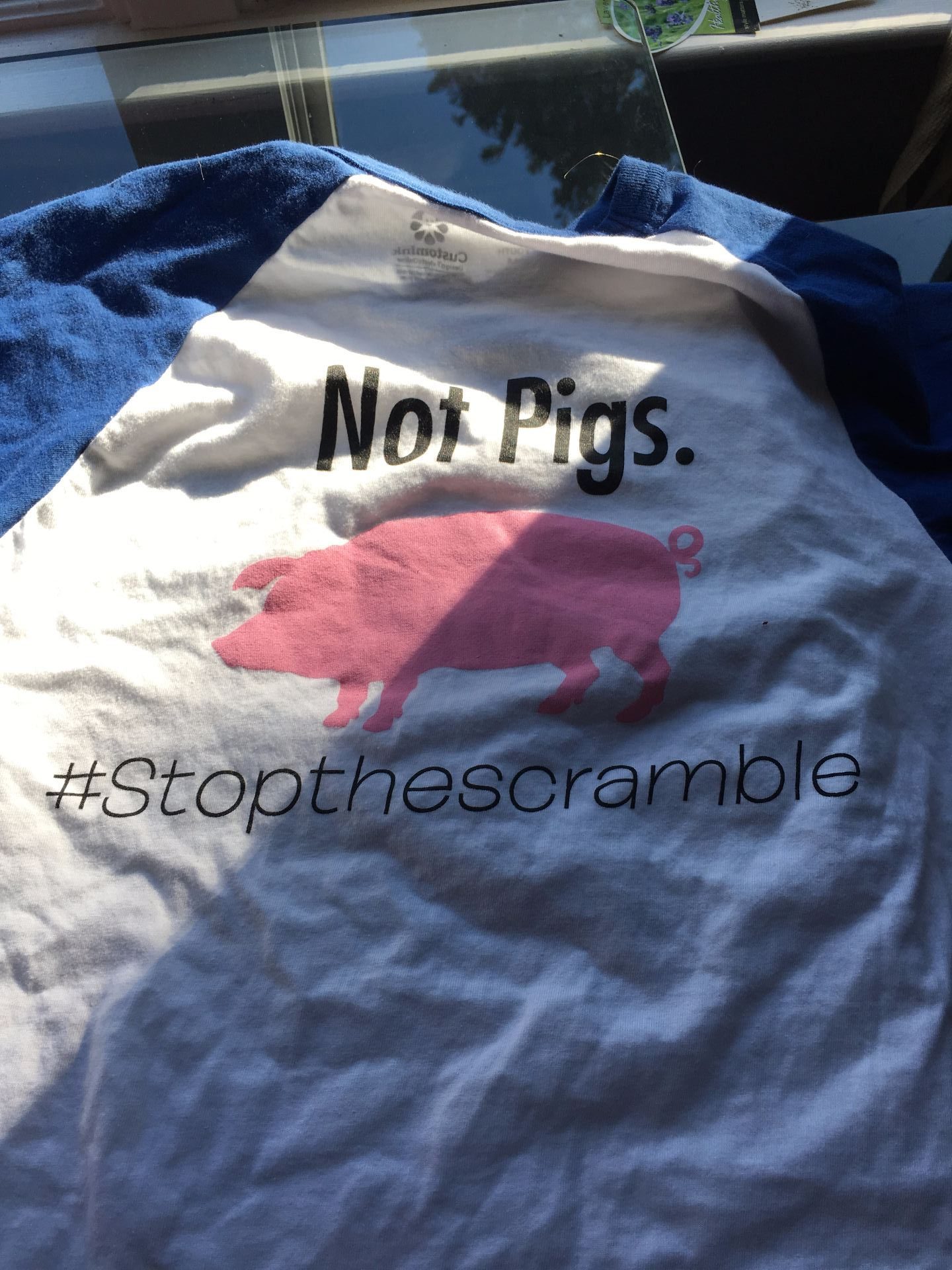 was hesitant, then more powerful and determined. “Chase Dreams, Not Pigs!,” “Just Say NO,” “Stop The Scramble,” “Piggy Justice,” and more!

While we chanted as cars passed by, we got a few thumbs up, no reactions at all, and LOTS of negativity! Some people squealed as they drove by, some told us “There is NO point”, and to “GET A LIFE!”. A few obnoxious kids came up and harassed the protesters along with the news reporter from the Almanac. 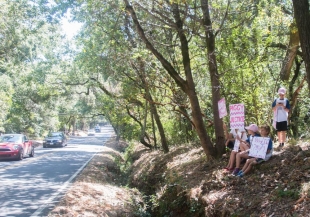 The pig scramble protest got into the NEWS – The Almanac (where my article got published) and KPIX 5! In both reports my cousins and I were filmed/quoted!!

I am at a loss of what to do. So… That’s why I need your help! Please comment on what you think I should do next to prevent the scramble from happening again!