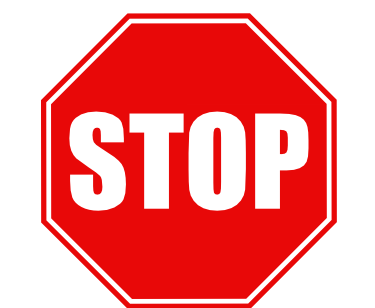 A couple nights ago the pig scramble issue went to the Woodside town council. There is a HUGE controversy over whether the pig scramble should be banned from the annual 4th of July Woodside Jr. Rodeo (if you want to go into more depth, visit the blog post “Does Woodside Value The Pig Scramble?”).

When my Mom and I first pulled into the parking lot we saw two groups; The Mounted Patrol of San Mateo County and The Committee For a Humane Woodside. There was no mistaking either one of them. The Committee For a Humane Woodside and all of its recruits had on shirts that said, “I am NOT A Toy” and below it “No Animal Scrambles In Woodside!”. The Mounted Patrol wore their uniform (that consisted of a white shirt and a badge with their name on it) or old western looking clothes and cowboy hats, some of the hats followed by spurs on their boots.

Everyone went inside and we all waited until it was our turn to debate the pig scramble. Finally it was time to talk about the pig scramble. Two other kids went up and talked about how the scramble is an inhumane event. Then my mom and I went up, after she spoke we handed out articles I wrote (if you want to it read go to the blog post “Does Woodside Value The Pig Scramble!”). After that, many other members for the Committee For A Humane Woodside went up and spoke. When the public comment section was almost over, finally the Mounted Patrol captain went up and spoke. He said the pig scramble was an attack on western culture and that it couldn’t be a crime because the kids were smiling ( even though no one had said it was a crime ). After the Mounted Patrol captain spoke, the town council started to deliberate. After a while of them going on, and on, and on they finally decided that the pig scramble was something that wasn’t theirs to address. But it is Woodside’s problem and people associate Woodside residents with liking the scramble because we host it.

This very upsetting to me because all I want to do is stand up for the poor little pigs, and let them not suffer from the effects of the scramble. Also, it is something the council needs to address. The town council decides what goes on in the community, and this is a big event that happens in Woodside. Also, many residents are angry (including me) about the pig scramble. At the meeting at least 20 people went up to speak about how the pig scramble is inhumane, and they don’t even care! The council talked for about 7 minutes (giving long explanations) about the pig scramble. And all they said was that families should talk about this at the dinner table! So, we should just sit at the table, say the pig scramble is mean and then go to the rodeo on the 4th of July like nothing is wrong? In my opinion this is poor leadership by the town. People are clearly upset and the Council didn’t give any time or thought to it! This is not the way I want Woodside to be thought of and I as a Woodside resident don’t want to be associated with hosting or liking the scramble! My family and I have thought a lot about ways to end the pig scramble (e.g holding up signs at a big parade, or handing out more writing about the pig scramble). I won’t stop until the pig scramble has ended and it is replaced with an humane event, not one like the pig scramble. Thank you so much for reading my reflection and hearing my point on this issue!